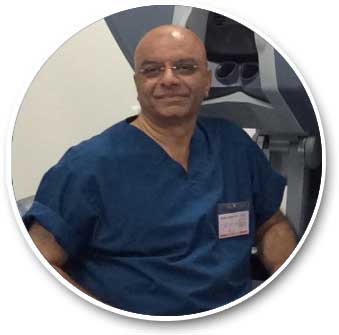 Dr. Mahendra Jain is an eminent and a highly experienced Urologist and Andrologist residing in Bangalore, India. He has specialized in Endourology, Uro-oncology, Andrology, Impotence and female Urology. The fact that he performs over 600 to 700 complicated urological surgeries in a year speaks volumes about his service to people world over. Most of his surgeries are endoscopic surgeries for renal stone, prostate, bladder tumor, urinary incontinence, renal transplant, impotence, and infertility. LASER prostatectomies and RIRS with flexible ureteroscope for kidney stones are common surgeries that he performs on a daily basis. He also heads the department of urology and has two associates working in his team.