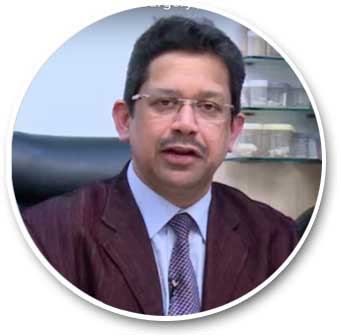 Dr. Sanjay Pandey has more than 10 years of experience with advance traning in Itly, Germany, Belgrade and London.

Dr Sanjay Pandey joined Kokilaben Hospital in 2008 as a Consultant in Urology, Andrology & Renal Transplantation.His work in Urology spans  over 15 years with  advanced  training and academic degrees from Christain Medical College, Vellore & JIPMER Pondicherry. He was  Associate Professor in Urology  at the Sri Ramachandra Medical  University ,Chennai before taking up  his assignment at Kokilaben Hospital, Mumbai. He has a keen interest is in Reconstructive Urology, Andrology,Endourology,Female Urology, Incontinence and Gender Reassignment Surgery. More than 250 Complex Reconstructive Urology procedures have been done by him at Kokilaben Hospital. In 4 years over 75 Complex Urethroplasties  including Redo & Refractory cases have been performed for

As an innovator in the evaluation and treatment of Sexual Health Problems and Aesthetics , Dr Pandey is  the first trained Indian Gender Reassignment Surgeon having done his Fellowship with the Belgrade Dysphoria Team, in Serbia. He performs both Male to Female (Mtf) and Female to Male(Ftm) Complete Sex Reassignment for  Transgender individuals and is the Indian representative at the WPATH( World Professional Association of Transgender Health). With a passion for the subject he co-ordinates the Gender Reassignment Team at Kokilaben Hospital comprising  Endocrinologists,Psychiatrists,Gynaecologists,Plastic Surgeons and Voice –Speech Therapists. This team offers  comprehensive Transgender Care from workup to reassignment and further rehabilitation.

In Male to Female Transformation , he offers the Single Stage Penile Skin Tube –Urethral Inlay Inversion Vaginoplasty with excellent results and is the only person doing the same in the country.He also is the only Indian Urologist who performs “Metoidioplasty” as a Single Stage Female to Male Gender Reassignment Surgery..Phalloplasty with Latissimuss Dorsi Flap as a multistaged surgery for women transiting to males with Urethroplasty and Penile Prosthesis.

Dr Sanjay Pandey is the Indian representative to the 8 Member Asia Pacific Overactive Bladder Board since 2009 and  has authored a chapter in the first book on “Botulinum Toxin in Urology”. His minimally invasive work in urinary incontinence  with Botox for Neurogenic and Idiopathic Overactive Bladder and  Intrasphincteric Injection  for Detrusor Sphincter Dyssenergia  over the past 65 cases has shown excellent results and drawn appreciation at various fora. Encouraged by the early results with Botox, he started a unique therapy for the female painful sexual disorder “ Vaginismus” with Botulinum toxin which happens to be the most viable therapy for this entity till date for this refractory condition.

Having being decorated with the Urology Society of India’s  “ Millenium International Urology Congress Fellowship “ and the Asian Nexus Award he is  an invited speaker at various National and International meet . 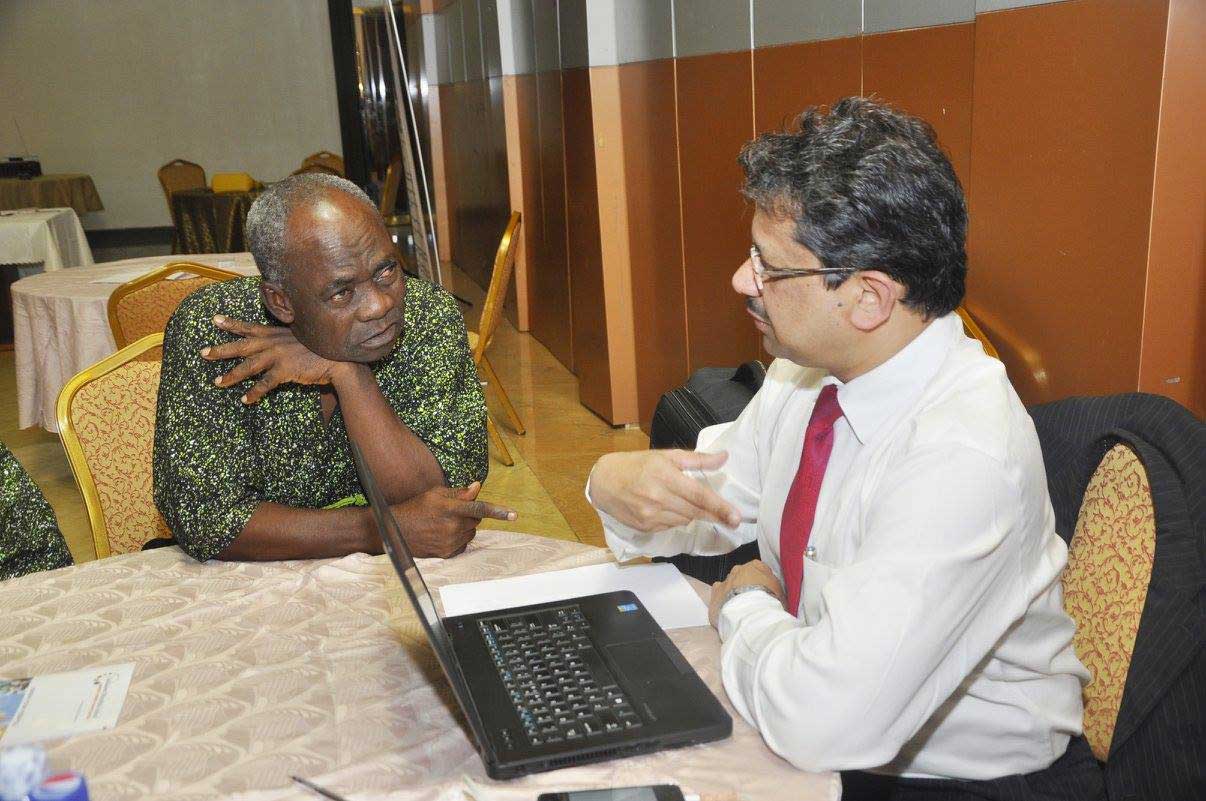 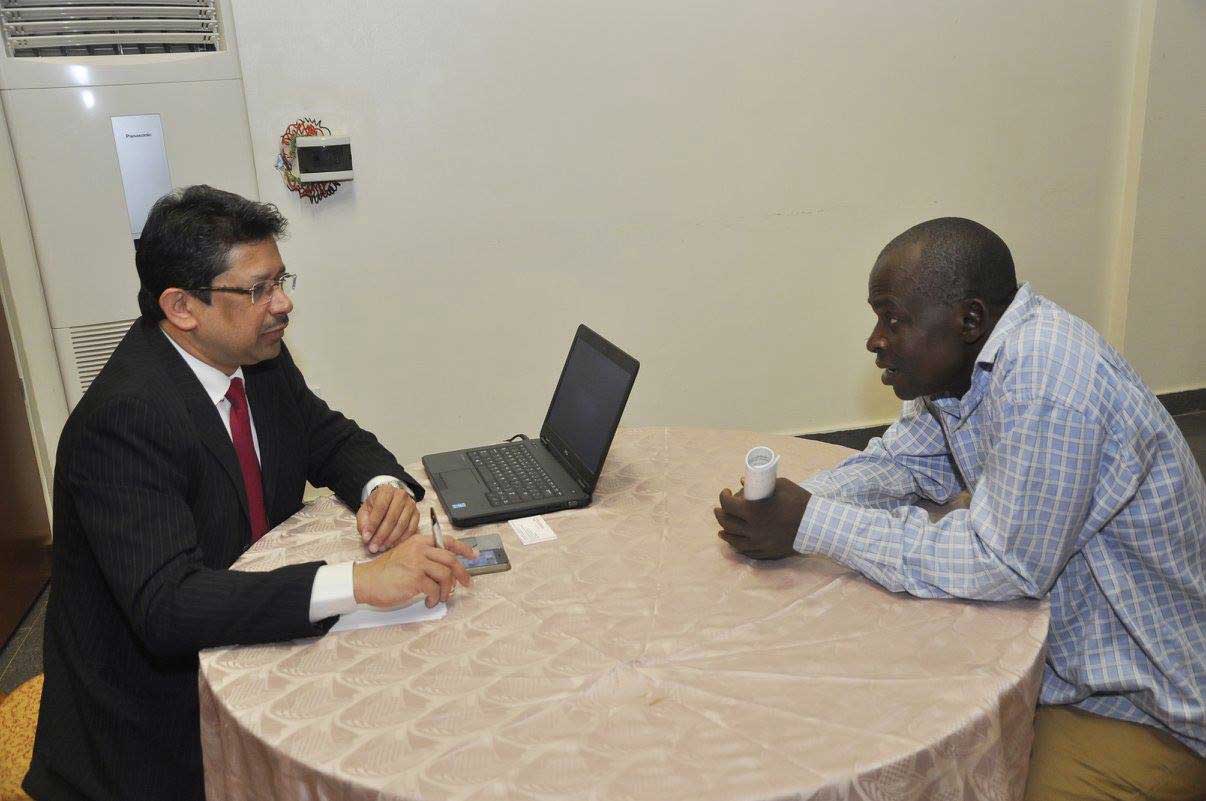 Torsion of the spermatic cord is a true surgical emergency of the highest order.

Sudden onset orchialgia (pain in scrotum) in a young male should be considered seriously as it could lead to catastrophic consequences resulting from a twist of the testes within its coverings that could lead to complete loss of blood supply causing necrosis, and thus, complete destruction of the testes.

A situation of this kind can be prevented by timely referral of this emergency in the golden hour in a young child to adolescent male to a middle aged person who presents with a sudden onset pain testes, nausea, vomiting, minimal or no urinary complaints and is accompanied with progressive swelling and discolouration of the scrotum.

An 18 years old male presented with progressive pain in left testes for two days. He was on medical treatment for the same during that period. Examination revealed a hard, discoloured hemi scrotum, with minimal sensations, absence of blood supply on urgent Doppler ultrasound of the scrotum before he was taken for emergency scrotal exploration. On table it was found to have left infarcted and necrosed testes beyond recovery. Left orchidectomy was done along with right orchidopexy to prevent a similar future phenomenon on the anatomically predisposed testes.

Torsion of the spermatic cord, should not be confused with Epididymitis that is more common in a sexually active age group with urinary complaints, gradually setting in with fever and swelling, as compared to children who do suffer with this phenomenon during straining and activity of extreme muscular kind, helps in early referral and manual detorsion before swelling sets in or an operative detorsion. This saves the testes and thus all future worries related to fertility and loss of self esteem that accompanies orchidectomy in younger age group. An artificial testes can be implanted to keep the patient aloof of the past emergency and trauma. The new testes can be implanted after recovery via inguinal route.

Torsion of the spermatic cord is an emergency that can be averted by timely referral and evaluation by your Urologist.

A 34 year old married male presented with recurrent episodes of fresh bleeding in semen during ejaculation that was also seen on undergarments on waking up over the past three years. He was treated elsewhere with antibiotics before.

He had no H/O trauma, drugs, high risk sexual exposure or past urinary infections.

He was anxious about recurrent episodes of the above phenomenon interspersed with coffee coloured semen in quiescent stages.

He was treated with a combination of Quinolone antibiotics and Finasteride as an attempt to complete eradication of the inflammation of the seminal vesicles and to decrease the incidental gross vascularity that goes on with this clinical condition especially in a protracted case as this. Finasteride was continued for four months and then withdrawn. The patient has completely recovered without any fresh episodes since last seen a year ago.

Haematospermia is the visible presence of blood - red colour when fresh to dark or altered when the bleeding is remote - in the semen. The most common age group that presents is under 40 years, young sexually active male and the most common cause of the same is non-specific inflammation of 'prostate and seminal vesicles' – which are the accessory sexual organs involved in the passage of the semen.

This entity brings in its wake lots of anxiety and distress in a young male and is difficult to treat, being refractory if not completely cured as in above case till it is presented to a Uro-Andrologist.

In a small subset of cases haematospermia heralds a hidden presence of malignancy in the sexual organs - testes, prostate and seminal vesicles. Few cases of genito urinary tuberculosis do present symptoms in a similar manner. Sexually transmitted infections also bring about urethral and urinary symptoms in its wake.

The entity is treatable completely and requires TRUS for the evaluation of the Prostate-Seminal Vesicle complex; however, in some suspicious cases MRI with rectal coils helps in arriving at a cryptic diagnosis.