Premature ejaculation (PE) also known as rapid ejaculation, premature climax and easy ejaculation affects 1 in 5 men between the ages of 18-59 years. Usually termed as a psychological problem, biology also plays a role in it.

How does ejaculation occur?

Ejaculation is controlled by the central nervous system and is the combined result of sexual stimulation and impulses resulting from friction that are carried from the spinal cord to the brain. 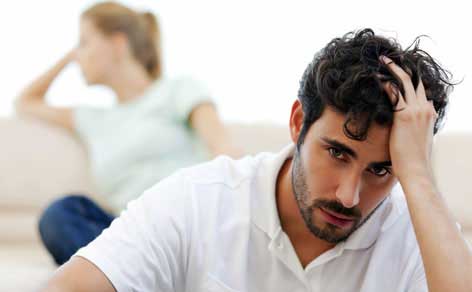 The vas deferens (tubes storing and transporting sperm from the testes), contract to; squeeze the sperm from the prostate gland towards the base of the penis. Seminal vesicles release a secretion that mixes with the sperm to make semen. The ejaculation gets inevitable at this stage.

The base muscles of the penis contract and force the semen out of the penis (ejaculation and orgasm) while the bladder neck contracts too. Orgasms may also occur without seminal ejaculation from the penis. A penis will become flaccid after orgasm usually.

What is premature ejaculation?

Premature ejaculation (PE) is caused by the lack of voluntary control over ejaculation. Many men experience ejaculation sooner than they, or their partner, would like during sexual intercourse. PE can often become a frustrating problem and can hinder enjoyment of sex, affect relationships and the quality of life as well. Occasional PE is not a cause for concern however frequent PE can cause distress and strain the couple’s relationship also.

Although the exact cause of premature ejaculation is not known latest research suggests that serotonin, a natural nervous substance, is important. Affecting of serotonin function in the brain may be a cause for PE. These studies have shown that low levels of serotonin in the brain are likely to result in PE.

There are certain psychological factors such as temporary depression, stress, abnormal expectations regarding sexual performance, history of sexual repression or low self-confidence can also cause PE. Interpersonal dynamics such as lack of communication between partners, hurt feelings or unresolved disputes also contribute towards achieving sexual intimacy.

Premature ejaculation (PE) can occur at any age. Although aging is not found to contribute to PE it does result in progressive ejaculation and erectile dysfunction. Erections may be smaller and less hard and they may not be able to hold for a longer time as well.

Can both premature ejaculation and erectile dysfunction affect a man at the same time?

At times premature ejaculation (PE) may be seen in people having erectile dysfunction (ED) which is the inability to achieve and/or maintain erection for a satisfactory length of time. At time PE is also confused with ED when the penis becomes flaccid after an early orgasm. In case you have ED and PE it is advisable to treat ED first as PE may resolve on its own after this.

When should a doctor be seen?

In case you suffer from premature ejaculation (PE) frequently such that your sexual pleasure gets affected it is advisable to seek a doctor’s advice.

To better understand and diagnose the problem the doctor would need to ask you questions, such as:

The doctor might laboratory tests only after the physical tests are not conclusive.

How to talk to your partner about premature ejaculation?

Premature ejaculation (PE) affects you, your partner and your sex life as well. The intimacy while intercourse ends abruptly when PE occurs and this might result in anger, shame and frustration in both partners.

Communication between partners is considered the best initial step towards diagnosis and treatment. Couple counseling and sex therapy has been found to be affective as well. Different mutual techniques (squeezing technique, etc) may help prolong erection.

What treatments are available?

The treatments for premature ejaculation may include psychological or behavioral therapy and medications. The doctor will be able to advise you the most effective and suitable treatment for you. 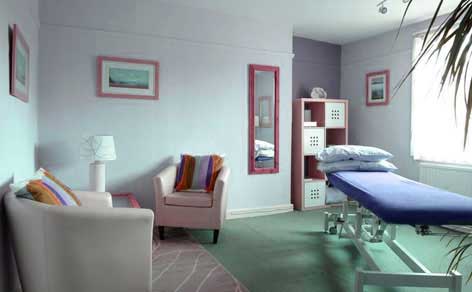 These are the different treatment methods for PE:

Psychological therapy can be used singularly or in combination with medical/behavioral therapy for treatment of PE. This therapy helps by recognizing and addressing psychological factors that may be contributing towards PE. This helps the man to decrease inhibitions about sexual performance and increase self-confidence.

Behavioral therapies will suggest effective exercises that require mutual attempts by both partners to prolong ejaculation.
The squeeze method involves the partner to stimulate the man’s penis till near-ejaculation. Just before ejaculation the partner is required to squeeze the penis hard enough to make him lose the erection partially. This exercise aims at helping the man recognize the signs of pre-ejaculation in order to control and delay it on his own.

The start-stop method stimulates the penis till just before ejaculation and abruptly stop the stimulation till the feeling of ejaculation subsides. This process is repeated three times before allowing ejaculation on the fourth time. A repetition of this exercise 3 times/week helps regain control considerably.

Although not proven much effective anti-depressants and anesthetic creams are often used to treat PE. The dosage of anti-depressants in treating PE is very low and can result in certain side effects such as nausea, dry mouth, drowsiness and lower libido.
Local anesthetic creams can be used to treat PE when applied to the head of the penis around 20-30 minutes prior to sexual intercourse to reduce sensitivity. Care should be taken to wash off the cream within the stipulated time and to avoid letting the cream enter the vagina as it can cause uncomfortable numbness.